Saturday Night On The Town...

Saturday night we had a BLAST!!!! We had some friends come in from Oklahoma just for the night and we went out to dinner and to see the Musical TOMMY. Nicole went with us , never having seen a musical before. We knew she might not understand some of it but we knew she would enjoy the music. I had heard Chris talk of it, since he is so entwined with music, but didn't know much else about it except that it had great music.

We also went out to eat beforehand at Texas Land and Cattle - YUMMY! but none of us had dessert since David had just been put on a pretty strict diet, that his son was following with him for the most part for support. Oh my bad - Nicole had dessert - she had some oreo cookies:)

Anyway hope you enjoy the pics! 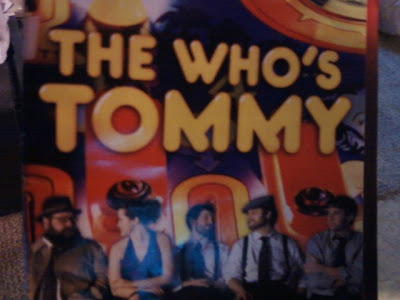 This one was taken after the show when some of the actors were in the lobby. This was Nicole and I with the hunky guy that played Tommy's father. ( Sorry some of the pics were blurry)
He was very nice and asked Nicole how old she was , what grade she was in and stuff. She was very happy! 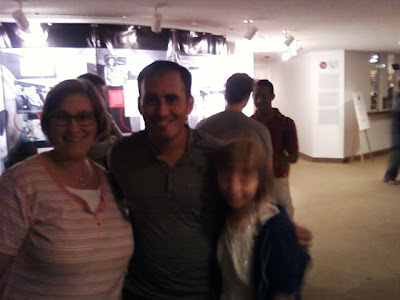 This was the keyboard player and one of the singers of the band in the show - the bands name was Oso Closo and they ROCKED!!! We got one of their CD's. It was really cool how they integrated the band into the actual show though - very well done. Chris was very excited to meet him, so I took a pic of my happy hubby. 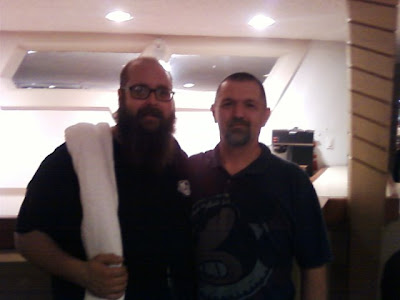 This is the same guy with Nicole. When some of the actors found out it was her first musical they hugged her and asked her how much she liked it, so this guy was happy to have his pic with her! 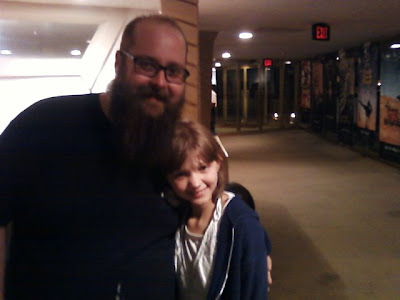 This is David and his son Matthew. We actually met them online about 6-7 yrs ago. They play the same game that I've mentioned that Chris and I play. We had met them before in real life, and talk on the phone all the time. Davids wife Teena was unable to come unfortunately, so she stayed home with their youngest daughter Susanna, who is a year older than Nicole.

We wanted to be able to see them off this morning before they went back to Oklahoma and go out to breakfast , but it was going to have to be way too early because Matthew had to be at work by 1:oo this afternoon since he couldn't find anyone else to fill in for him. 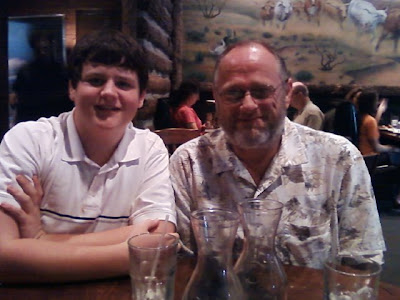 You know who this lovely couple is 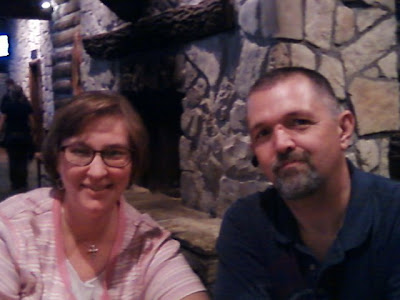 David took this pic, got it a little blurry, lol. We had been laughing and if you take a pic with my phone and move just a bit - you get blurry. Guess he was still chuckling a bit when he was trying to take the picture. 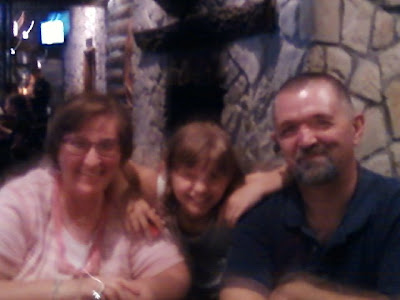 Just a pretty building near the Dallas Theater Center that I took a picture of while killing time outside, soaking up the nice evening air before the show started. 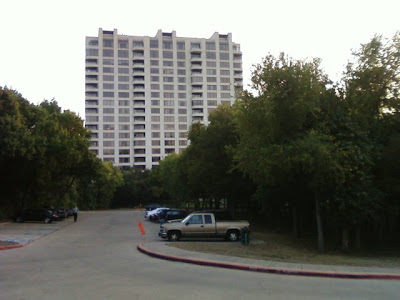 Poster on the wall showing the cast 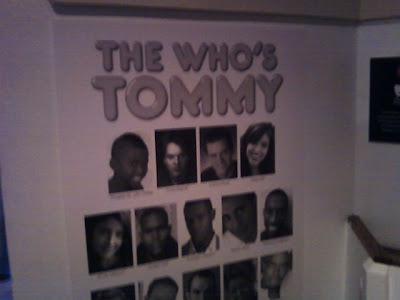 After it was all said and done, we asked Nicole if she understood it. She said parts of it, but she really liked the music. Matthew explained parts of it to her , then it made more sense.

Hope ya'll had as fabulous a weekend as I had!

What a great night! Musicals are so much fun, I wish i could go to more.

TOMMY is the best rock opera ever!!!!! would you belive I have the ORIGINAL LP of it and if i could find a needle that fit the turn table I could still listen to it OFTEN!!! gads what a fantastic show I am so happy for you guys!!!! what FUN!
Love the pictures!

What a great weekend all y'all had!

i haven't been to a musical in a long time! I'm jealous!

BTW, I found you from Honest and Truly :)