Hiyas all! Thanks so much to all my blog reders, looks like mycontest is getting off toa smashing success!

I just got back from the Shakespeare Club tea that I was invited to by my friend Jackie. the pictures aren't that graet but you will get the idea, lol.

And Iactually got my picture taken with Janie Fricke who is from around here in Lancaster, I was a bit awestruck, asked her if I could have a picturewith her and put in on my blog she said that would be great! She is soooo nice. Got a video off of youtube for ya'll that don't know who she is...


Ok, and here are the pictures : 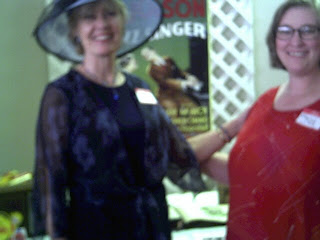 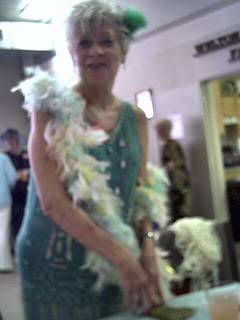 Billie turned out to be the villan in the play:)) 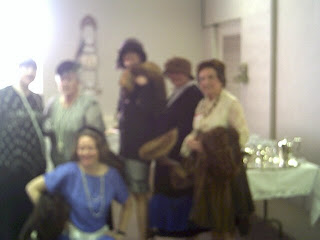 The Blouse Scrap Cast, that is my friend Jackie kneeling in front... 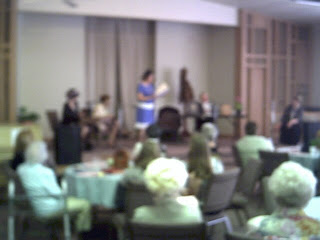 All the actresses on stage during the play, it was Hilarious!

The play was set in 1927,and they had really done some research as tothe dress of that period , the lingo, and everything. They even did researchon what candycame out during that time that sold for a penny and ordered a bunchof it, and gave it away. Among some of the candy there was Charleston Chews, Lemonheads, Bit o' Honey, and candy cigarettes!

The ladies all did such a wonderful job. I really had a good time and it cheered me up immensly (sp?).

Don't forget to enter my contest that is celebrating my 100th post!!

Look just below this post to read rules and then ENTER!!!