Catch- up with Pictures

YAY!!! I'm finally able to get pictures off of my phone again! Nicole found the blue tooth key that links computer to phone!

So, here is a ton of pics that I have wanted to share with you for a while!

Here is Nicole and her favorite teacher Mrs. White on the last day of school. She was Nicole's homeroom teacher as well as her science teacher. 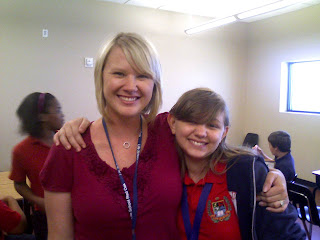 This is Nicole with the rest of her Battle of the Books team. They made it through the first two elimination rounds, but got beat on the third. They had to read 10 books each for this competition. They did a great job! 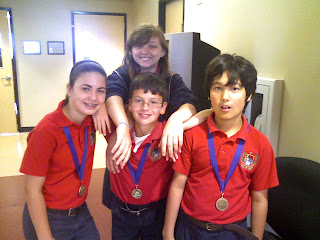 One of the many sets of baby booties and a hat I made last school year. Several teachers had babies. This was for a baby girl. 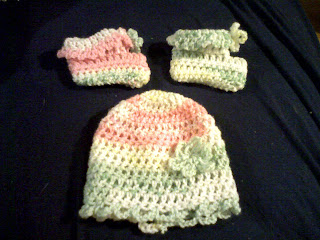 This is a baby blanket I made for a baby girl. It turned out really pretty. 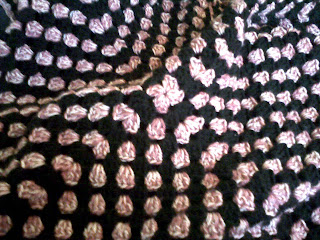 This was another baby girl blanket I did in more traditional colors. This one actually went to Michelle of My Two Army Brats for her new baby Mackinley. 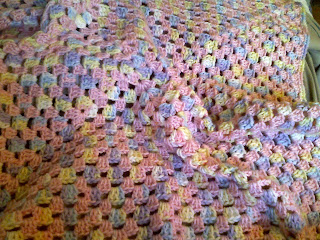 We got a ton of snow dumped on us in late January. This was Nicole all bundled up while we played outside a bit. 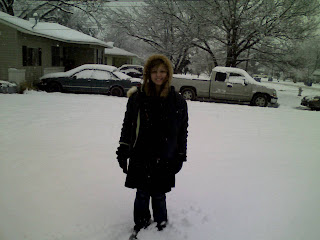 Korie romping through the snow - she loved it! 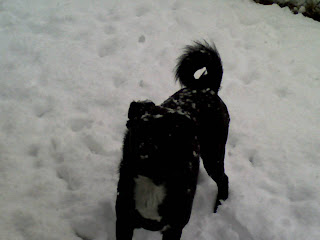 This pic was from when Nicole's school went to greet the troops at the airport the Saturday before Thanksgiving. 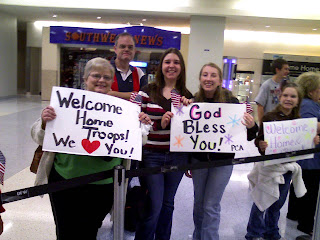 Patriotic Nicole at the airport waiting to greet the troops 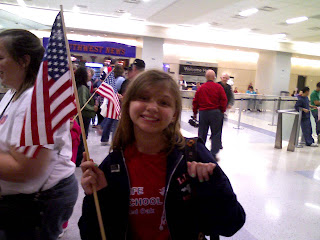 This picture is from my younger cousins graduation party. Mollie, on the left, will be leaving this coming Friday to go to the University of Arkansas at Monticello. On the other side of Nicole is her other cousin Kimberly, who is a sophmore this year! 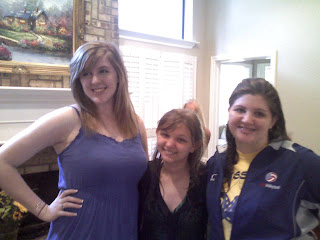 This was Korie on the day of her graduation from obedience school. See the little graduation cap next to her? We tried desperately to get her to wear it, but it was a no go. 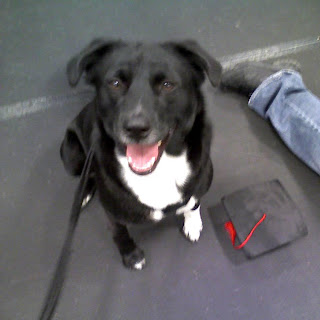 Well, I hope you enjoyed those! I've held on to them hoping I could show them off soon! I can finally delete them from my phone now that I have them on the computer.
Will write more tomorrow, hope everyone has a great day!

I'm loving that snow pic. Such a cooling image while suffering through this Texas heat.

I sure love the one you for Mackinley she's a lucky girl ;)

I got confused there for a minute with the snow photo! LOL
HOpe all is well with you chick.